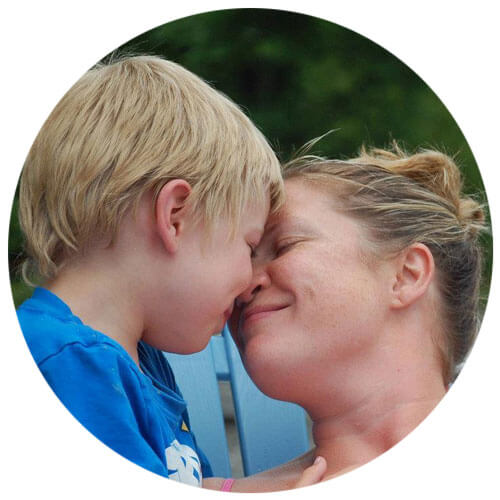 My son Daniel was diagnosed with PDD-NOS on September 24, 2008, at the age of twenty-six months. As I sat in the developmental paediatrician’s office, I knew what he was going to say, but for those last few moments before walking into his office I still had hope. There is nothing quite like a doctor telling you that your child has Autism. You can literally feel the ground give way beneath you. You stop breathing for just a minute, just long enough to realize that the life you had planned, the life you had dreamed of, is gone just like that. The doctor shakes your hand, and off you go, feeling like you’ve just stepped off a plane into a foreign country where you don’t speak the language and don’t understand the culture. Our appointment lasted forty-five minutes during which time the doctor spent a grand total of about ten minutes speaking with my son. He told me my son had PDD-NOS. He wrote this at the top of a lined piece of paper, which he underlined like it was the heading of a report instead of the new title of our life. Underneath he wrote Kinark, ABA/IBI, speech therapy and OT. We were then escorted from his office, and have never heard from him again. I left his office, loaded my twenty-six-month-old precious little boy and my eight-month-old baby into our van and drove out of the parking lot, beginning a journey that would change our lives forever. I cried the entire way home that day. Daniel was re-diagnosed by Dr. Wendy Roberts at the Autism Treatment Network in July 2009 with Autism Spectrum Disorder. 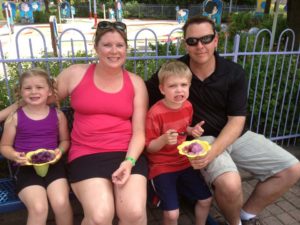 The problem with an Autism diagnosis is there aren’t any resources you can turn to for help. You truly are on your own; the only tool you have is the desire to help your child. You spend months, sometimes years, trying to negotiate a system that doesn’t make sense to the professionals, never mind the families. We started IBI therapy with Daniel in December 2008. Given that he was only twenty-six months old, we started with nine hours a week, gradually progressing to 40 hours per week before his third birthday. For the first two years of Daniel’s therapy, we relied on IBI companies to oversee his programming. During these two years we were attempting to navigate an unregulated system. There is nothing worse than feeling helpless when it comes to your children. How could we help our son when we knew nothing about Autism, never mind the treatment of Autism? I spent most of my time educating myself on anything and everything related to Autism. In the summer of 2011, after not seeing as much progress as we had hoped, I decided to take on Daniel’s therapy. I didn’t feel that the strict IBI program was working for my son. Rather, I believed that a natural teaching program using the principles of ABA is what would benefit my son the most. I created my own multi-disciplinary team, and surrounded myself and my son with the best of the best in the Autism community. I didn’t just write cheques anymore hoping that the people working with my son had his best interest in mind, I was in charge of his success.  The gains that we started to see were amazing. Daniel went from being completely non-verbal to speaking, not just random words but full sentences. His progress was not only unbelievable to us, but also to the professionals working with him.

We had decided to defer JK and SK for Daniel to continue on with his therapy. Looking back I suppose I was rather naïve in my assumption that entering grade 1 would be easy. I just assumed that the school board would be receptive to working with our team, willing to create the best educational plan available for my son. Boy was I WRONG. The first four months of my son’s grade 1 year were spent in a portable with an EA, no teacher and no work, except the work that I provided. There was no educational assessment done, no assessments period for that matter. When I requested internal board services I got stuck in the middle of a bureaucratic war between two speciality teams within the board. It didn’t take me long to discover that the school board has what I call their little red book for children with Autism. If your child doesn’t fit into their perfectly crafted book, then they don’t know what to do with that child, and quite frankly aren’t willing to learn. My son was finally placed in a community classroom, however, the transition wasn’t handled appropriately and it led to severe regression that was so bad our psychologist insisted we pull him out before we lost all of the progress he had made over three years. Needless to say, that ended our relationship with the public school system.

We decided to take Daniel’s grade 2 year to regroup and refocus. We ran a combined home school program/therapy. I was lucky enough that Daniel’s primary therapist was also an Ontario-certified teacher, which allowed this process to happen seamlessly. We focused heavily on catching Daniel up on the Canadian curriculum, and also joined him in a number of homeschool groups to get him socializing. While this plan was working, Daniel was advancing through the curriculum beautifully; though it wasn’t a sustainable plan as Daniel desperately wanted to be in school with friends.

We decided we would look into private schools for children with autism. We found a small holistic private school that had the most amazing children attending. We thought we had found our gem. Unfortunately, after three months it because very evident that the administration’s lack of knowledge of Autism was becoming very detrimental to Daniel and his mental well-being. And so we made the very difficult decision to pull him out of school again. I spent that night with my two best friends, one of them being a bottle of red. I was having such a hard time with the whole idea that no one seemed to understand how much potential my son has, nor did they appear to want to give him the opportunity to show them.

Our children deserve an opportunity: an opportunity to be awesome, to reach their top potential and to learn. They don’t deserve to be put aside and discredited just because they have a diagnosis. Our children have Autism; they are not Autistic. Autism does not define them; it is just part of who they are.  It certainly doesn’t make them any less “worthy,” and it certainly doesn’t give anyone the right to assume they cannot be awesome. We will make it our job every day at the Lighthouse Learning and Development Centre to never allow our children to use their diagnosis as an excuse, nor will we allow them to not work hard and try their very best every single day. Our children can be great, and they will be great, they just need someone to believe in them.

We hope you have found in the Lighthouse Learning and Development Centre what we have: a place where our children can be themselves, learn and become awesome.